This special program offers the opportunity to explore nature or new communities, discover history, or find a park. It could be an educational opportunity enjoyed by all ages.  Open the Starting Point to any state and you will find a qualifying event. Never been to the White House (aka President’s Park)?  Plan that trip now, visit during the three years of the special program, and get a stamp in your book.

The EMERALD CITY WANDERERS club is sponsoring this national special program celebrating the 100th anniversary of the National Park Service (or NPS).  We begin this special program January 1, 2016, the 100th year of the NPS, and end December 31, 2018, with an extra one year to finish and submit completed books.

Though established in 1916, by an Act of Congress, the NPS concept began in 1872, when Ulysses S. Grant signed an Act establishing Yellowstone as the first national park. From that day until this, the NPS has grown, substantially.  www.nationalparkservice.org

From the east coast to the west, from the southern shores of the gulf to the northern border with Canada, north to Alaska and further west to Hawaii, there are 55 National Parks within 26 states.  http://parks.mapquest.com/national-parks/national-parks-by-state

The following websites will assist in locating an NPS unit for this challenge.

Social Media:  connect with the NPS on Facebook to keep up with events and help plan your next qualifying event.  https://www.facebook.com/nationalparkservice

For the National Parks Centennial special program the award to celebrate the completion of 15 National Park Service walks is a multicolored, 3-inch x 4-inch, 100% embroidered patch, with plastic backing.  Designed by club member, Dorman Batson.  In the artist’s words:

“As it would be impossible to come up with one idea/location to properly represent all of the National Park Service’s domain, I have chosen to show some of the various terrains in the form of a collage that our National Parks encompass.”  [db]

Booklet: $10. Patch:3”x4” mailed to participant at completion of challenge. 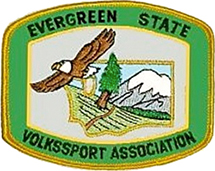